It’s an all Angry Birds birthday!

A few weeks ago, I asked my youngest what theme he would like for his 6th birthday. His answer was instant: Angry Birds! He also decided he didn’t want a big birthday party with other kids, and instead he opted for a small birthday celebration at home, a fun outing around his birthday date, and party favors for all the kids in his class.

When it came to gifts, my little man asked for a couple of Angry Birds Jenga knockdown games, but he had no further inspiration. The kid is always hard to shop for because he rarely finds a toy he falls in love with, and his wish list is often a bunch of maybes.

Angry Birds birthday countdown on our white board

I gathered a number of Angry Birds funny gifts, including those Angry Birds Jenga knockdown games. I asked other people to contribute to the list. My sister gave him Angry Birds Star Wars pajamas. My mom gave him a nice collection of the National Geographic for Kids Angry birds books, and an Angry Birds puzzle.

Yesterday was the big day and we had the three blue birds from Angry Birds wish him a happy birthday (the kids drew the balloon and many confetti to make my drawing more festive). Note: I erased my son’s name in Photoshop. 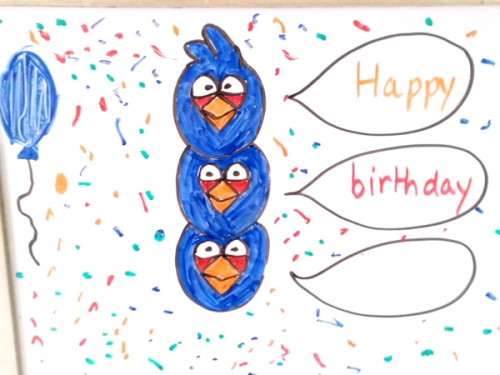 I made my son a birthday card with his favorite Angry Bird character, the Mighty Eagle. 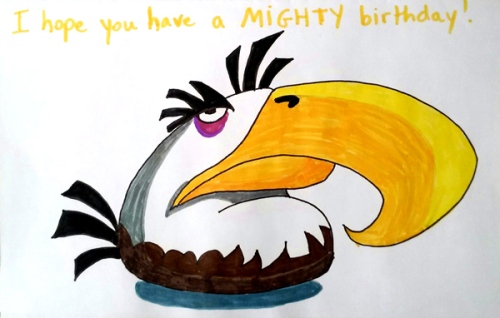 In the morning before school and then again in the afternoon, my son unwrapped one Angry Birds gift one after the other. I think the biggest surprise is the one I put on his bed while he was at school: an Angry Birds bed set! You should have seen the look on his face when he first saw his new bed.

Of course you can’t have a birthday celebration without a birthday cake. My son picked the perfect picture to have on his cake, and yes, it was as delicious as it looks on this picture.

In the end this birthday didn’t have a huge party or a lot of big presents but I have to say it must be the one birthday we’ve had the most fun preparing for. My oldest did a great job at keeping the many surprises secret.

Our outing consisted of a fun trip to Legoland and a visit of the original movie set used for the new Lego movie. This reminds me I want to tell you a bit about this Lego movie, especially if you haven’t seen it yet. But that’s for another post. After all, this one is all about Angry Birds. Take that, pigs!

If you’re a mom, I hope you have a wonderful Mother’s Day yesterday. I had a great time with my kids and our biggest challenge was trying to stay cool in 100-degree weather… If this is a preview of what summer is going to be like in San Diego, I want my winter back!

I’ve got plenty of funny materials for a Goofy Monday but I thought I’d save them for next week. Instead I wanted to feature another kid in this post by sharing Kid President’s Mother’s Day video, which was released a few days ago. Did you see it? It contains plenty of good advice for moms from a kid’s perspective.

I love Kid President and if you don’t know him, he’s got his own YouTube channel. You can find him how his story began and why (a great story by the way, very worth watching), and his encounter with President Obama first via video, then in person in the oval office. Pretty cool stuff. He deserves it. You can also find Kid Presiden’ts very first video here.

Here’s my favorite Kid President video, his pep talk. What are you doing to make the world kinder and more awesome?

Today I’m participating in the WordPress weekly photo challenge twice: once here and the other on my photography website, so feel free to hop over and view my selected photos.

As a parent, I have a lot to look forward to. I’m looking forward to my son’s birthday party tomorrow. 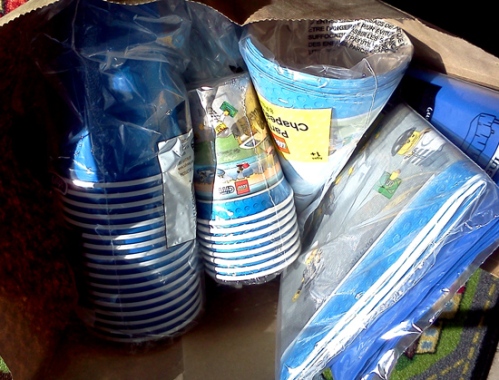 I’m looking forward to more great reading over the next few weeks. 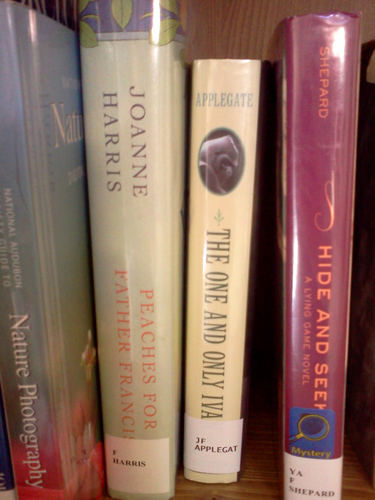 And I’m looking forward to showing my kids how beautiful the world around them is, especially when they take a closer look. This is what we spotted this morning by the school: morning dew and leftover raindrops from yesterday’s heavy rain. Nature is so pretty. 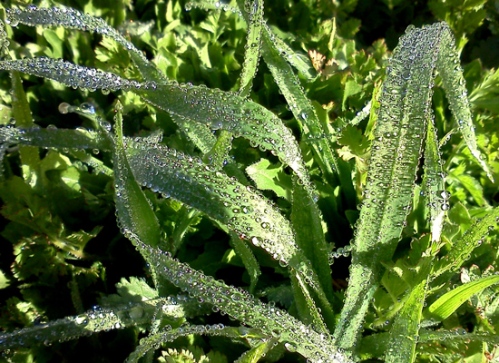 My little big man turned six a few days ago and at his request, I made cupcakes to put his candles on. Can you believe I never baked cupcakes before? I usually make birthday cakes and I didn’t even have a cupcake pan. I do now and it means I can also make muffins too, yum!

The birthday boy was very impatient to open his birthday presents the whole week. The first time he saw them is when they were coming to our house inside boxes from Amazon and Target. Then I wrapped them up inside wrapping paper. Oh, I wonder what’s inside, he kept saying. 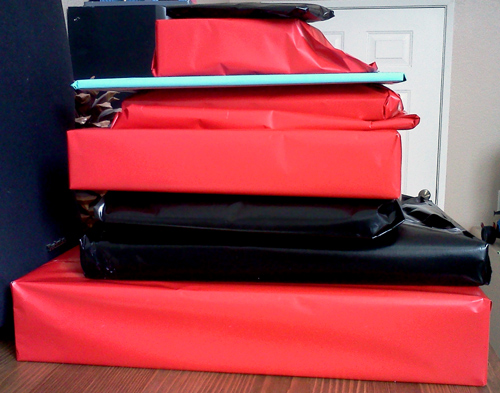 It took the whole day for the birthday boy to unwrap his birthday presents one by one, playing with them a bit, then moving on to the next wrapped present. He got a mix of toys, books and games and I think they all were a hit. Happy 6th birthday, my boy!